“I was introduced to Willie Mae Emperator by a co-worker in Atlanta, Georgia at the
Southeastern Dock and Marine Council. At each meeting, there is an opportunity for vendors to
display their product. I invited her to bring her items with the ILA logo to set up at the
upcoming quarterly meeting which was attended by employees from all of the ports from North
Carolina to Miami, Florida, including Tampa, Florida”. While the merchandise she provided
was quality, the variety was slim. Unfortunately, as a startup business, she only brought a few
handkerchiefs and ties with the ILA logo. Suggesting that she not only bring more inventory, I
encouraged her to diversify and “pick up the pace”.
Willie Mae listened, stepped out on faith and expanded her wares. This perseverance and
tenacity paid off. She decided to “build her brand” by adding more items such as safety gear,
coveralls, luggage and jackets. Doing this made her more than a vendor; the quality of her
merchandise was second to none. There was never a time that Willie Mae was present for a
meeting to sell that she was without her paperwork proving her legitimacy as a bonafide ILA
member.
You can find Willie Mae Emperator at almost ALL the meetings for the ILA. The local ports,
Quarterly Dock and Marine Meetings, South Atlantic and Gulf Coast Conventions and
International Conventions that are held at different times. She has an infectious smile, pleasing
personality and professional attitude. These qualities are all factors that inspire us, executives,
employees and family members to support the business of Designs by Emperator as Embroidery
Extraordinaire.”

“the quality of her merchandise is second to none.”

“professional demeanor, quality merchandise, dependability, attention to
detail and loyalty to her union are just a few of the reasons that I would recommend her to take
care of all of your embroidery needs”

“I met Willie Mae Emperator in the late 90’s while president of the Jacksonville ILA Local 1408.

After meeting her, she joined the local union in 1998. As a member of the ILA, she worked at
the port a few times to familiarize herself with the occupational, logistical and everyday
operation of the port employees.
In 1997, prior to becoming a member of the local and learning that she was a seamstress, I
encouraged her to return to her first love of sewing by requesting that she construct caps and
shirts with the ILA logo for Local 1408 Scholarship Golf Tournament. In addition to the
Scholarship Golf tournament, there is a “comradery” golf tournament every year rotating
between Wilmington, NC, Charleston, SC, Savannah, GA, Brunswick, GA, Jacksonville, Fort
Lauderdale, Miami and Tampa, FL, Willie Mae provides the golf shirts and caps for that as well.
The quality of the items and the interest that was generated was overwhelming. Toward that end,
she has expanded her inventory to sell to the locals in Jacksonville including but not limited to
safety gear, polo shirts, portfolios and bags with the ILA logo.
Upon her relocation to Atlanta Georgia, she then began to attend the Quarterly Southeastern
Dock &amp; Marine Council meetings held in Atlanta. To appeal to the entire audience of attendees,
not only did Willie Mae provide items for the employees, but the entire family as well. Every
four years, the ILA has an International Convention and we also have a South Atlantic and Gulf
Coast District Convention every four years at different years and locations. The last one was
held in Puerto Rico which she attended with her inventory. Not only is Willie Mae a regular at
the meetings near and far, to sell, but she has networked with each local’s president to include
her contact information for mail orders for special occasions, etc.
Willie Mae Emperator’s professional demeanor, quality merchandise, dependability, attention to
detail and loyalty to her union are just a few of the reasons that I would recommend her to take
care of all of your embroidery needs. Equally as important, you will get your money’s worth by
purchasing from Designs by Emperator.”

Product was successfully added to your cart. 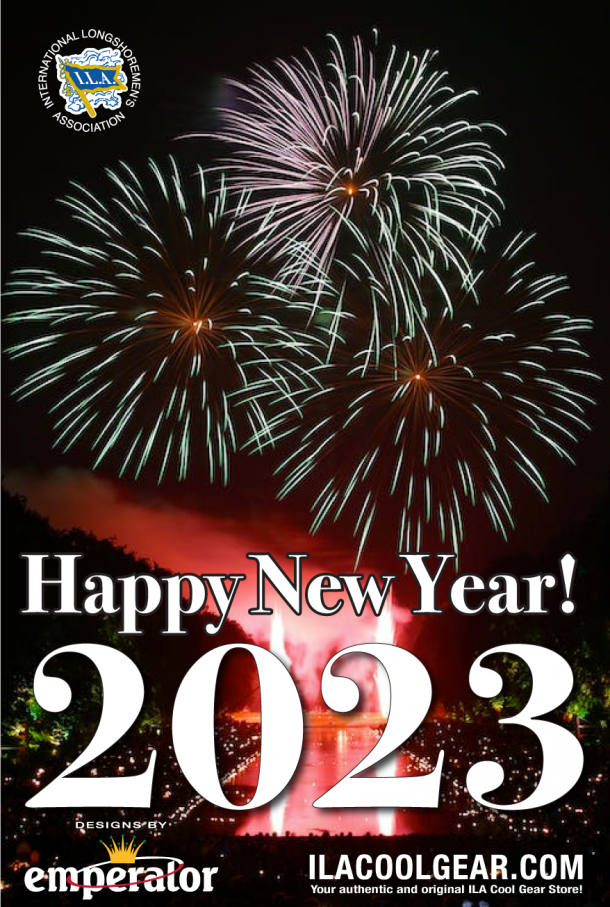 We will be processing orders when we return on January 3, 2023

You have Successfully Subscribed!